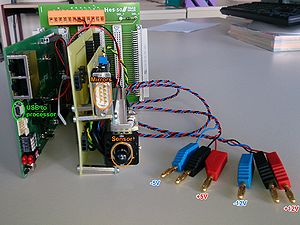 In order to verify the functionality of the system, we wrote a little Python application [https://repos.hevs.ch/svn/USLO/dev\sw\PythonWorkspace\PySerial2PNG PySerial2PNG. When it runs on the processor system, i.e. a computer with Windows, it generates Portable Network Graphics from the data received over USB.

The System Controller is realized on a HEI FPGA-Rack FPGA board. This is a standard FPGA board used at the UIT for various projects designed to fit into two rack units (2U). The controlling is implemented in the Xilinx Spartan-6 LX FPGA. The VHDL design can be found on our svn repository. 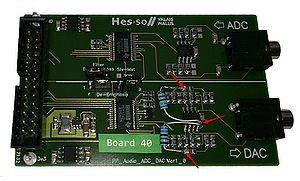 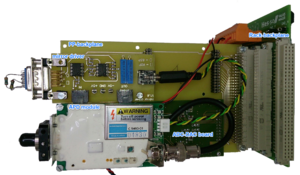 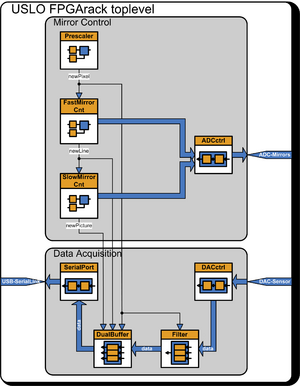 Also the hardware configuration on the controlling FPGArack FPGA is separated into two distinct parts, one to control the mirrors and the other one for data acquisition.