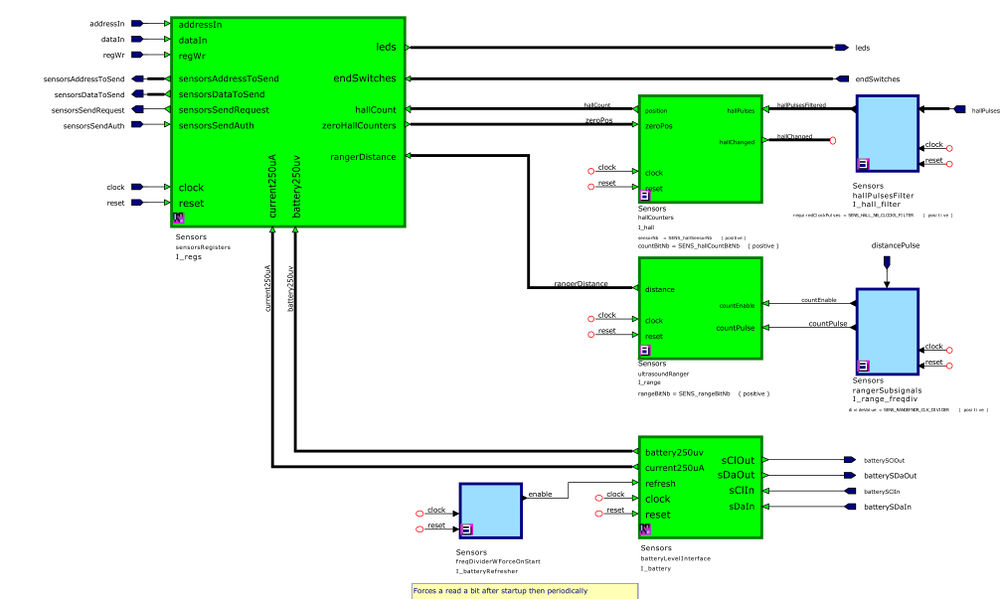 To begin with, the design environment has to be downloaded. It comprises the sensorsController block which contains the registers and events manager and an empty ultrasoundRanger block which is to be completed.

The rangerSubsignals block is responsible to transmit the pulse internally only 3 times per second and to synchronize the signals to the beginning of the pulse.

The block ultrasoundRanger has the following flow: