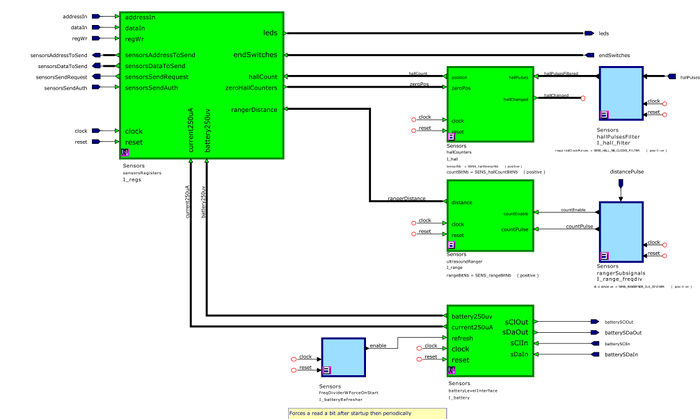 Any I/O can be connected on any PMOD connector (either by directly plugging them into the pin headers or through the IDC cables). Only the pins 6, 7 and 8 of the PMOD8 CANT be used.

The hallPulsesFilter block is already implemented, doing the following:

The hallCounters block then receives the hallPulses signal array (i.e. one signal per hall pulse sensor, from 1 to 2).

Even if you only use one hall sensor, the second exists, just held to '0' at all time.

The rangerSubsignals, already implemented, does the following:

In addition to the 3 indication LEDs present on the daughterboard, one can use any PMOD to drive up to 8 LEDs or other outputs requiring either ON, OFF, or 50% duty cycle PWM (from 1 to 16383 ms) output.

To counter this problem, a driver extension board has been provided to you to control either voltages other than 3.3V or higher currents. Before using it, carefully inspect and understand its datasheet.

Never ever wire a voltage different than +3.3V on J4 while JP1 is plugged in. If the jumper is plugged, J4 is used to OUTPUT +3.3V. Else, remove the jumper and wire the correct voltage to power the freewheel diodes. Check the MOSFETs characteristics too !

Check with your supervisor before wiring custom systems. I/O lines are NOT protected against over current and voltage backfeed. You are held responsible for the cost of repair in the event of destruction of the equipment. 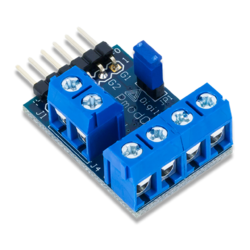 On the FPGA side, those outputs are called leds[n] To root them, proceed as follow:

To help with interfacing digital inputs, one can use the provided PMOD-CON1 (datasheet) or the PMOD-CON3 (datasheet) boards.

For the latter, the jumper MUST sit between VCC and VS only. 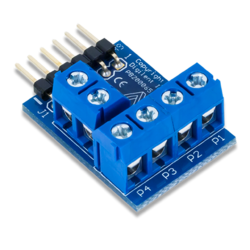 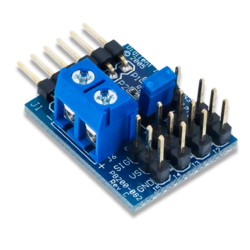 One can use the provided PMOD-BB (datasheet) board to test interfacing custom circuits. 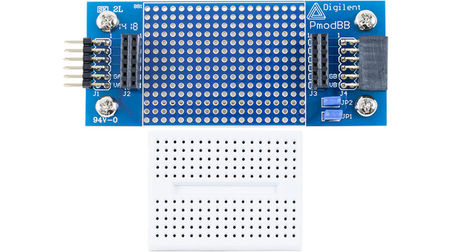 Do not solder anything to the board. Rather, use the solderless breadboard block provided along.

Take into consideration the requirements given above before interfacing with the FPGA (i.e., test voltages and currents present no risk).

Get your supervisor approval and have fun creating mind-blowing systems ! 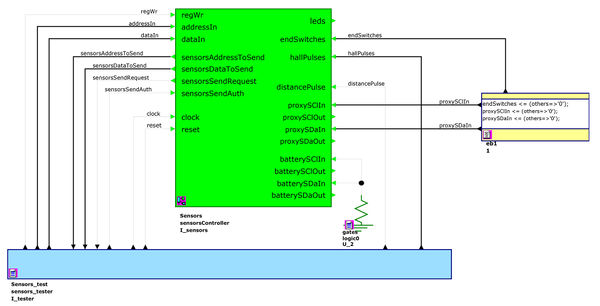