Libero IDE is used to program the Microchip FPGAs.

At HEI, we laucnch Libero IDE directly from HDL Designer. The setup bases on a set of environment variables.

The main design files are located in $PATH/Board/concat:

This second set of files is copied into a temporary directory which will be additionally populated by the numerous design files generated by the deign tool.

Launching the tools is done in two steps.

Interactive run of the Libero tools

To check the synthesis and downnload results wit a better accuracy, one can start Libero IDE and go through:

To ensure the correct behavior of the project, specify ALL I/Os in your .pdc file.

If the following window is shown when trying to configure the FPGA, stop there as one pin has been omitted and it may create undefined and unwanted problems :

Only one clock should be found during the synthesize.

More than one will also create undefined behaviors. It can be seen in the $DESIGN.srr file, under the Clock Summary. Such, the real behavior will not reflect the simulation.

For example, in the following, a second clock is found in the block setting the coils signals:

For the record, the coils were then wrongly set, making the stepper slip and consume a lot of current.

It may happen that a whole route is removed (e.g. in the students solutions, where the distancePulse is not used by default). If the signal is kept in the PDC, you may encounter an error that it is not found because Libero removed it internally.

To avoid those problems, open the symbol of the Kart_Board block in HDL, then on the right click on Declarations.

There, it is possible to specify pre-defined attributes that will impact the synthesis. To keep all signals, the following is used : 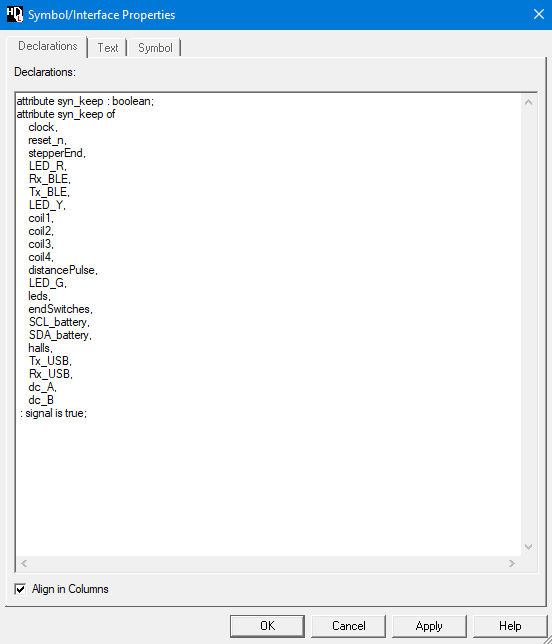 After the bitfile is generated by Libero, one must flash it on the FPGA.

In libero, a right-click on Program Device-> open interactively will open the FlashPro software.

It will automatically load the .pdb file (bitstream for the FPGA) and, if the programmer is already connected, will list it under Programmer Name : 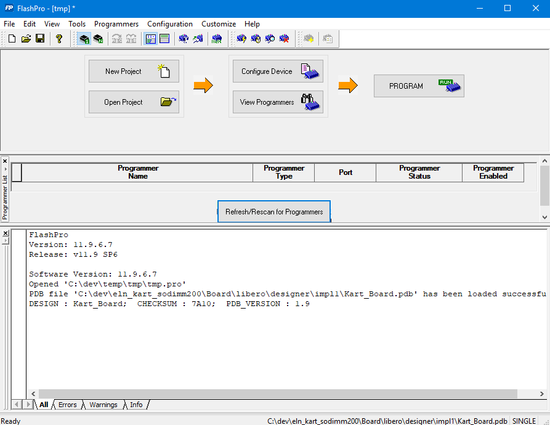 Then, simply click on the Program button to flash the FPGA.

Flashing the FPGA by using the USB-C cable only is possible using OpenOCD, the daughterboard being plugged into a powered motherboard or not.

Developer here : this method, while proven to work, is not the recommended one yet nor are your teachers trained on it and thus YOU WON'T GET HELP FROM THEM !

Use it only if you are confident enough in your skills to follow a tutorial, use command lines tools, tweak your machine and debug random problems you may encounter on the way !

For Windows users, an extra step is required for OpenOCD to detect the board: